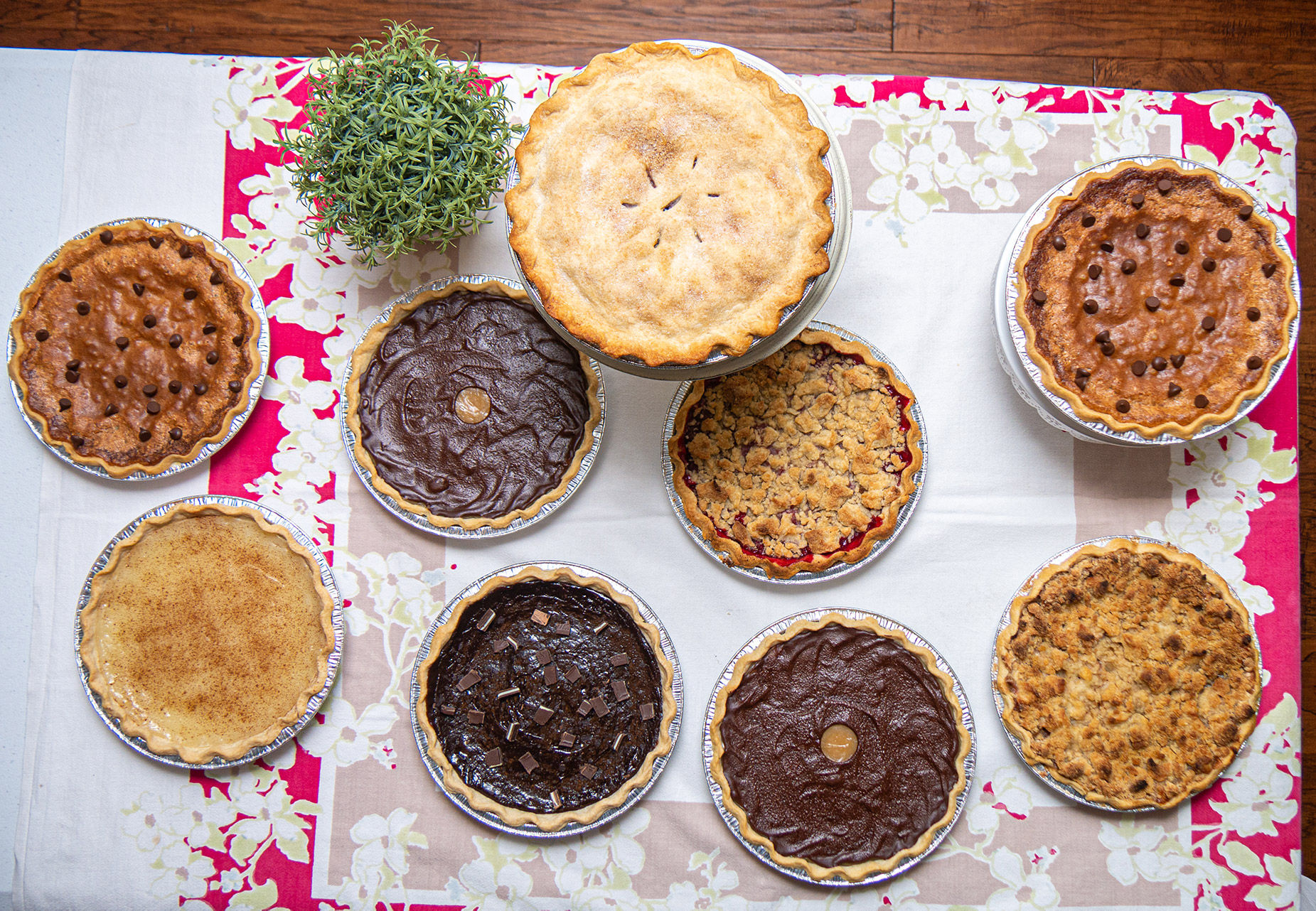 Hi! I’m Natalie. I grew up in a family of pie bakers. About 50 years ago my great-grandmother had a successful pie shop in the small town of Bippus, Indiana. That legacy has continued since.

I started baking on my own during my middle school years. In the fall of 2012, I decided to open a bakery of my own outside of Roanoke, Indiana. Being a stay-at-home mom, I wanted to do something that would be flexible with my children’s schedule.

With a desire to set up shop, I started a road-side stand on our gravel country road and began to bake pies, cookies, bread, and other treats. Besides selling from my home, I also sold at farmer’s markets and similar events.

A little while later, my mother also opened her own road-side stand called The Pie Lady on 5. We collaborate and share pie ideas with each other.

My husband built a great website for the bakery. Not too long after the site went live, I was contacted by Rick Sebak from PBS WQED Pittsburgh to be part of his upcoming documentary. It is about pie places throughout the United States, titled “A Few Good Pie Places.” My mother is also featured in the documentary.

Since that time, I have been baking away and creating lots of delicious goodies for customers. It is a pleasure meeting new people that come from all over the country and a privilege to be a part of their lives.

Order online, pickup and pay at the roadside stand Dismiss